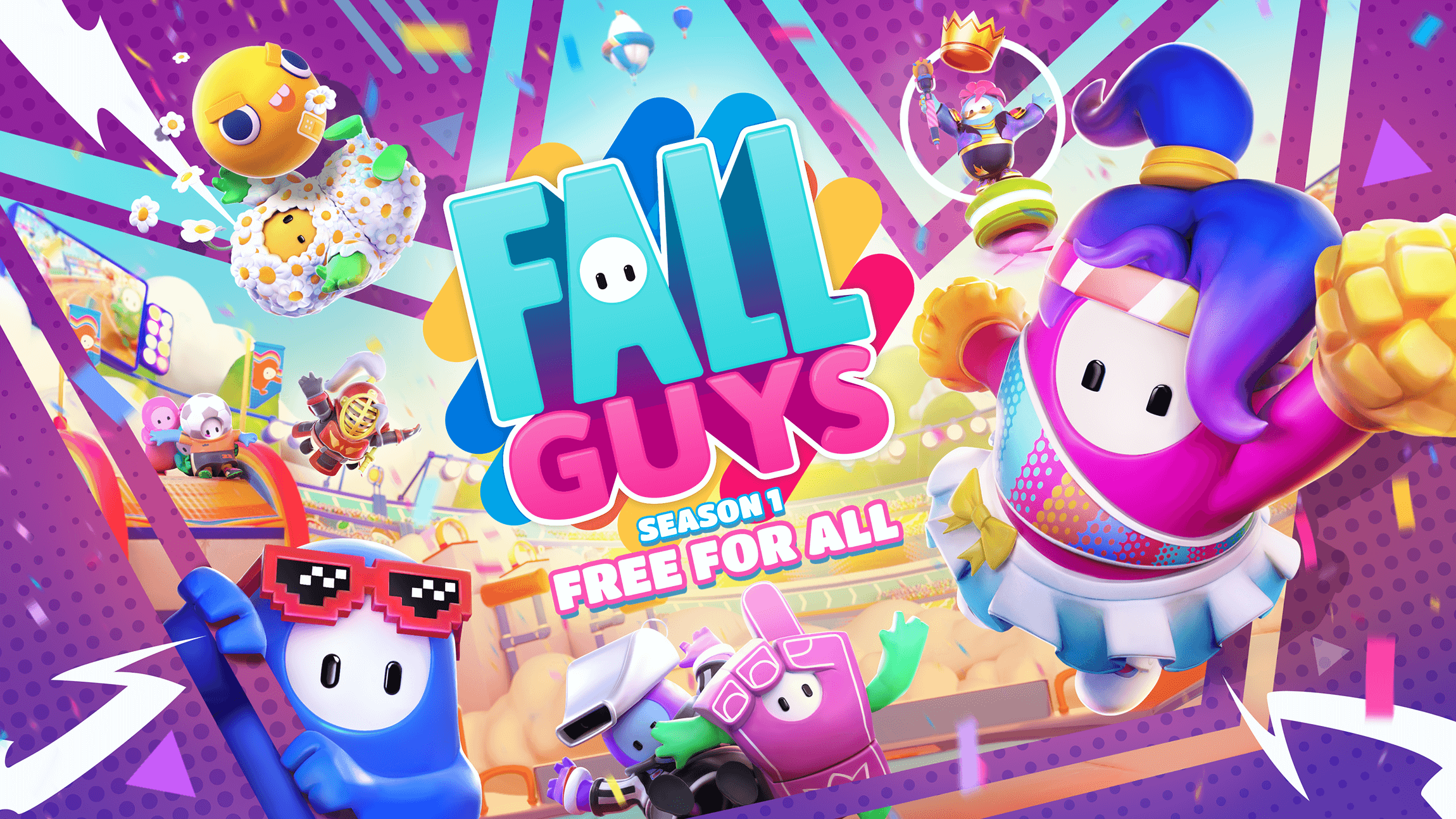 Join the Fall Guys: Free for All with cross-play and cross-progression across all platforms. Read the Fall Guys blog post below:

Hello, bean fans. We’re so excited to share that soon you’ll be able to play Fall Guys for free on all platforms—including the introduction of Nintendo Switch™, Xbox™ and the Epic Games Store™!

Since Fall Guys first hurtled into the world in August 2020, we’ve come together for six Seasons of stumbles, united in a ridiculous quest for the Crown. Through jungle-dome japes by way of Medieval mayhem. From Custom Lobbies hype to that very first Squad win with your pals, we couldn’t have done any of this without the support, dedication and compassion of our incredible community.

From June 21, we’re welcoming more players than ever before to the Blunderdome to compete for the Crown – and we’ve been working hard behind-the-scenes to make sure that everyone enjoys the same great Fall Guys experience no matter where you play. If you haven’t checked out our reveal event stream, feast your eye on this marvelous motion picture broadcast immediately:

Whether you’re on PlayStation, Nintendo Switch, Xbox, the Epic Games Store or a mix of all of the above, you’ll be able to play Fall Guys for free —with cross-play, cross-platform parties and cross-progression fully supported with the use of your Epic Games Account.

PlayStation™ and Steam™ players who already have a copy of Fall Guys will continue to receive all the usual updates (such as new seasons, patches and fresh features) that you’d expect. However, new players will no longer be able to download Fall Guys on Steam—if you’re new to Fall Guys and would like to play on PC, you can visit the Epic Games Store™ and download the launcher there. Wherever you choose to play Fall Guys (including Steam), you’ll be able to launch and stumble towards victory across platforms.

Also, big news for PlayStation 5 users: a super spectacular new version of Fall Guys will launch at the same time as the Nintendo Switch™, Xbox™ and Epic Games Store™ versions, bringing faster load times and other performance upgrades to your fabulous next-gen box of tricks.

Legacy Pack for the OG beans!

As thanks to all our amazing players that have supported us from our first stumbly step together, we’re going to be awarding a new Legacy Pack to everyone that purchased and played Fall Guys before the June 21 launch. This bounding box of delights will contain a nickname, nameplate, the Regal costume, the Veggie Dog costume, the Feisty Dwarf costume – and a Season Pass for Season 1!

With so many new players soon to be invited into the Blunderdome, our June launch will kick off with a brand new season to make it a proper welcoming celebration! Get ready to step into a giant arena to compete in the Free for All.

Alongside new levels, costumes and ever-evolving gameplay, cross-platform play and cross-progression means new challengers, new friends and new squadmates. Keep a lookout for a whole host of details as we get closer to June 21.

And a Season Pass?

Beginning with the new, improved, spectacular Season 1, the Season Pass is a supercharged version of our free progression path that can be purchased with Show-Bucks, our new in-game currency. The Season Pass grants you the ability to earn new costumes and other unlockables. And remember – all Legacy Pack recipients will receive the first Season Pass free of charge!

There will be 100 levels to unlock in the Season Pass at launch, alongside the ability to unlock the next Season Pass if you max out the current one! For anyone who doesn’t pick up a Season Pass, there will continue to be a free progression path available to everyone, and Kudos will carry over from the previous version for all players.

Goodies. You want ‘em, we got ‘em. Head over to our pre-registration page today and sign up for more information on the upcoming Free for All launch to unlock a stack of rewards. How many goodies get unlocked depends on how many people sign up, so make sure to tell all your friends and help us unlock a new nameplate, bonus kudos, the burger pattern, the muscleman emote and the Melonhead costume!

I have more questions!

No problem! Please see our Fall Guys Free for All FAQ for all for the questioning and answering your heart desires.

That’s about all we’ve got space for here, but for a more in-depth look at all the news revealed today, be sure to check out the recap of our spectacular live event for the full rundown, plus chat and insights from the team and your first sneak peeks at Season 1!