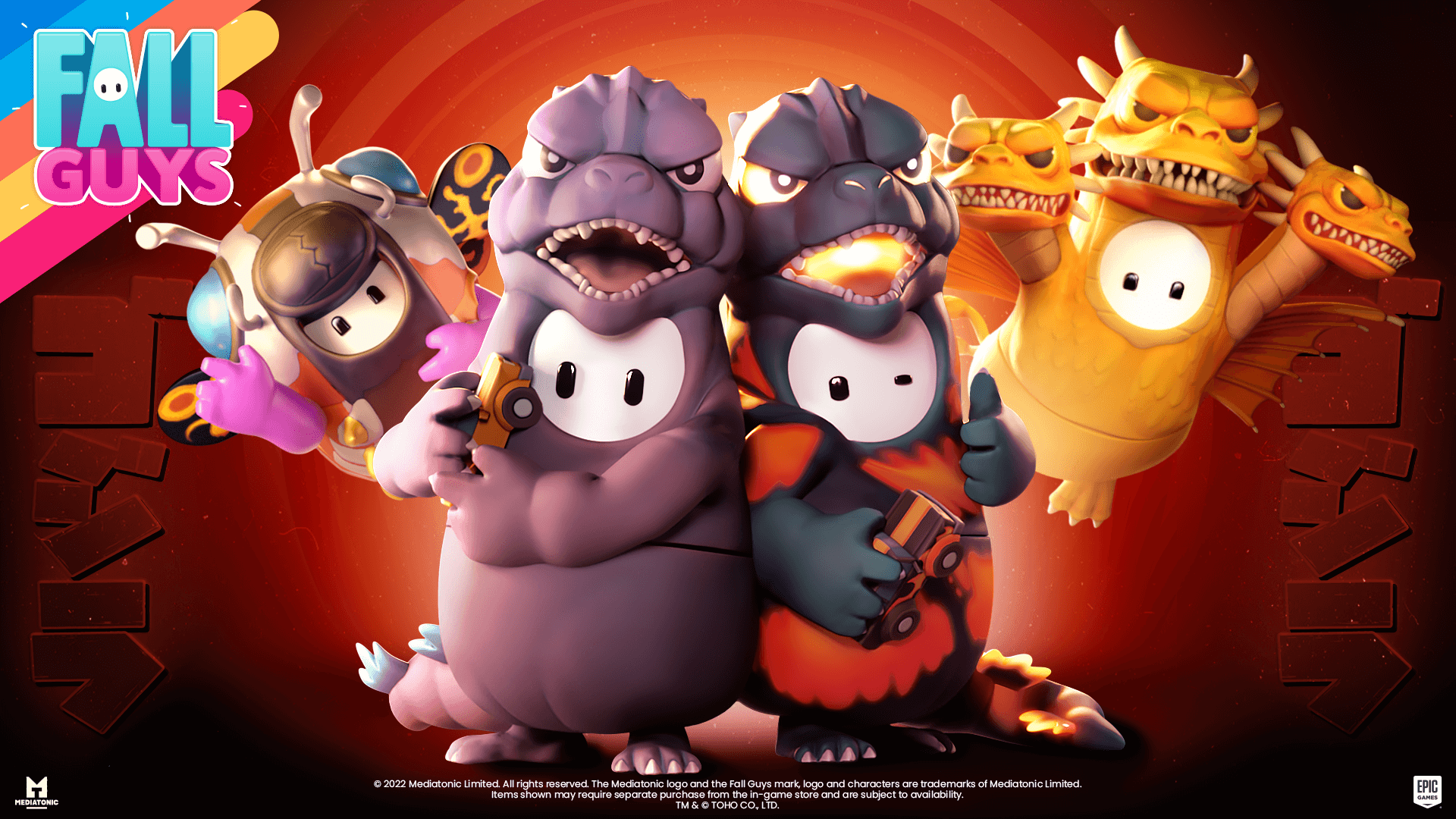 They’ve trampled cities across the globe. Next stop, the Blunderdome!

We have a roarsome Kaiju collection stomping its way into the Blunderdome this month. GODZILLA, MOTHRA and more all make a skyscraper-sized impression. And look darn cute while doing it!

Perceptive beans among you might recognise some of these costumes – and that’s because they’re being re-featured! But we have all-new ones, too—including MECHAGODZILLA, which is unlockable in the new Season Pass!

But if you’re looking to get a bit more bang for your buck, you can pick up any of our bundles to save some dosh!