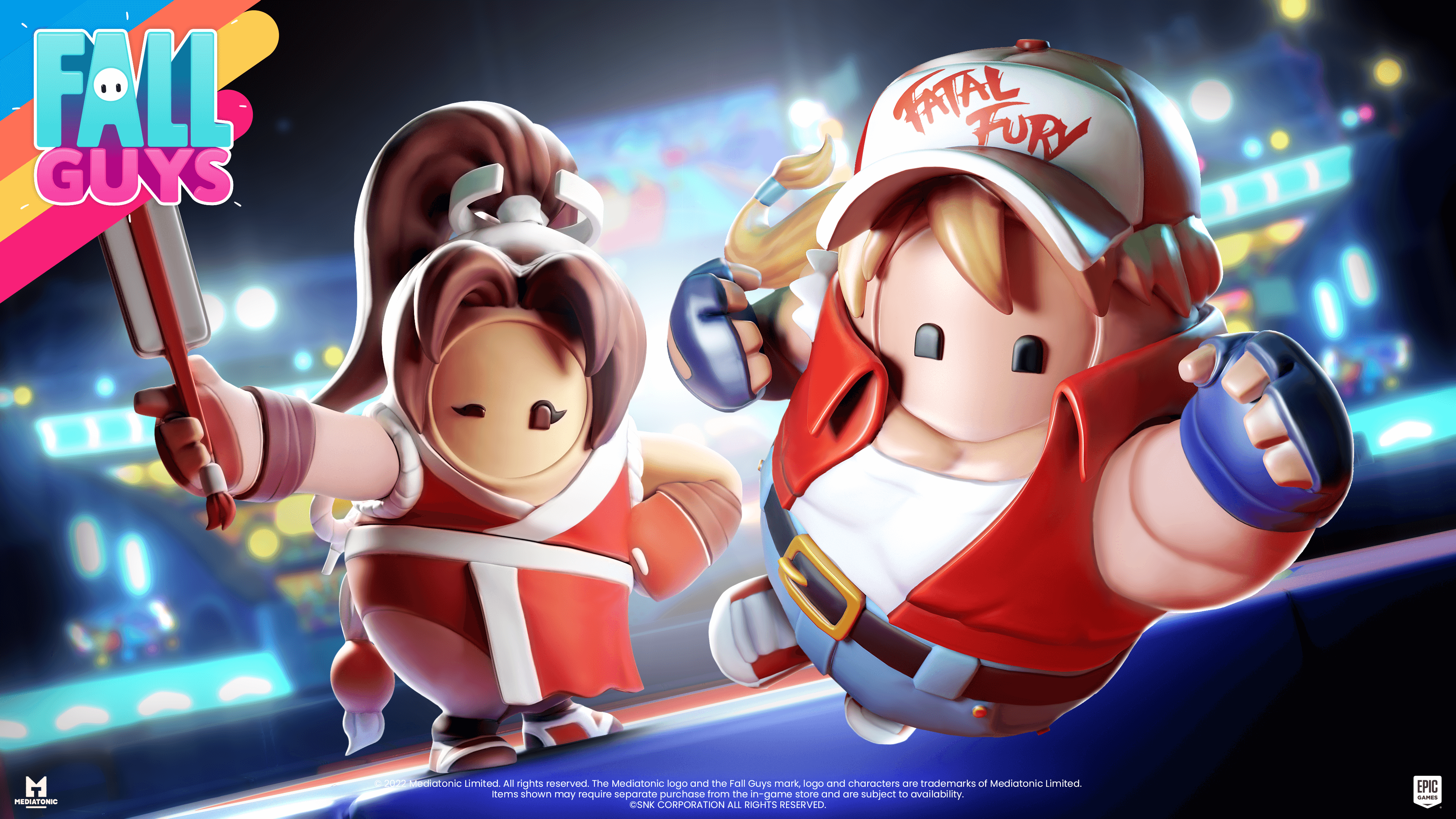 Ready for a blast from iconic fighting games past? We’ve got Terry Bogard and Mai Shiranui costumes coming to Fall Guys for a limited time only!

Mai Shiranui has appeared! With full fighting garb and a high-knot ponytail—all for ruthless fighting efficiency.

As well as the stylish costumes, we’ve got a new Nameplate and Emote. Get the goods from August 4th – 8th!

You can also grab all of the goodies in one big bundle!

Are you ready to fight for the crown? We’ll see, in the Blunderdome…