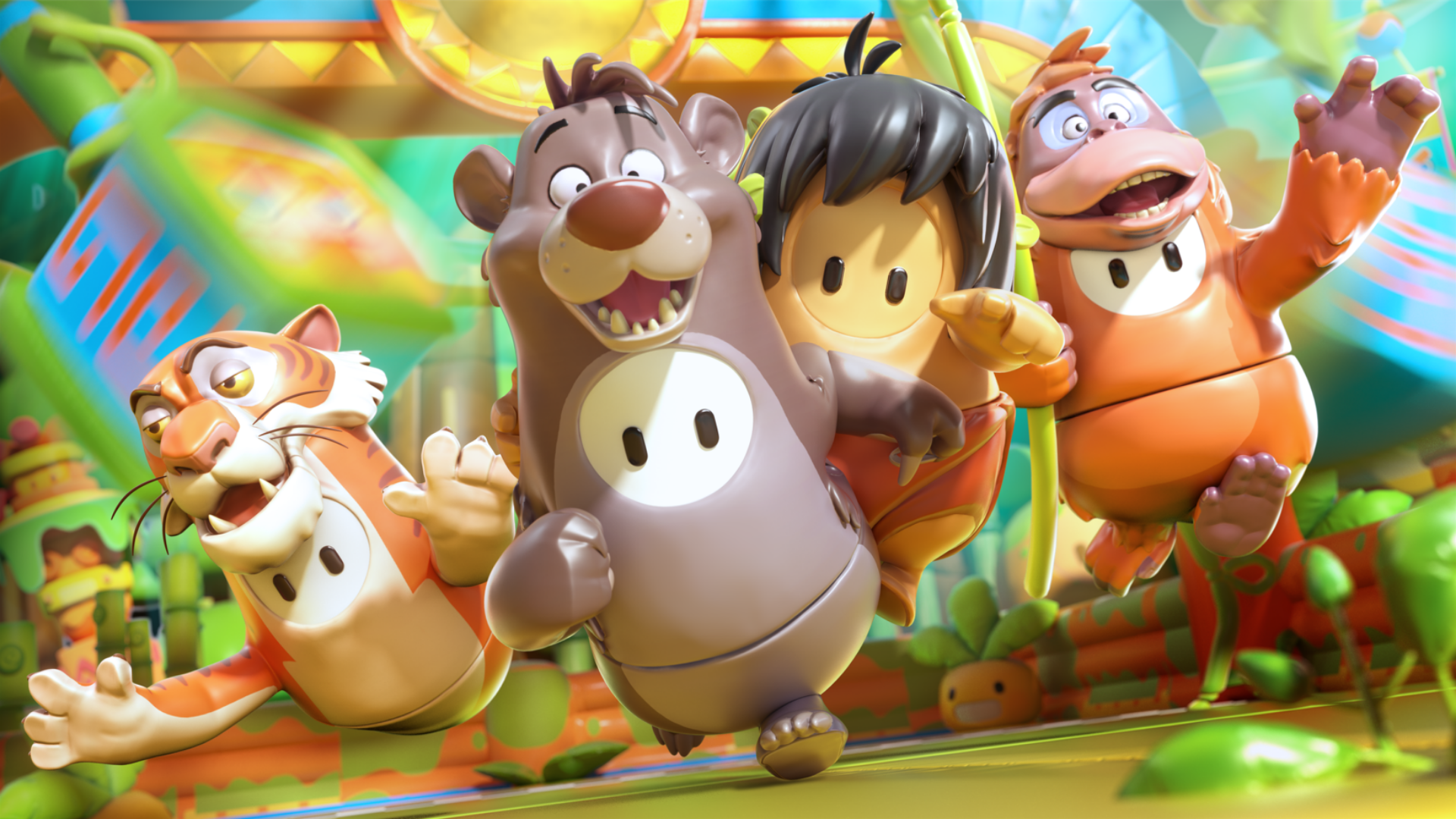 Starting from 3 September, Mowgli, Shere Khan and Baloo will all come to life in delightful bean form, with their iconic looks available for Kudos in-game. They’ll only be available for a limited time, so grab them quick!

But you said four costumes, right? You’ll also be able to kit out your bean as the mischievous King Louie, with a whole host of other exclusive Jungle Book-themed cosmetics during King Louie’s Limited Time Event…

Take on regal challenges straight from the throne of King Louie, rack up points and unlock bountiful Jungle Book goodies!

So grab your pals and let’s get the jungle jumpin’! See you in the Blunderdome.