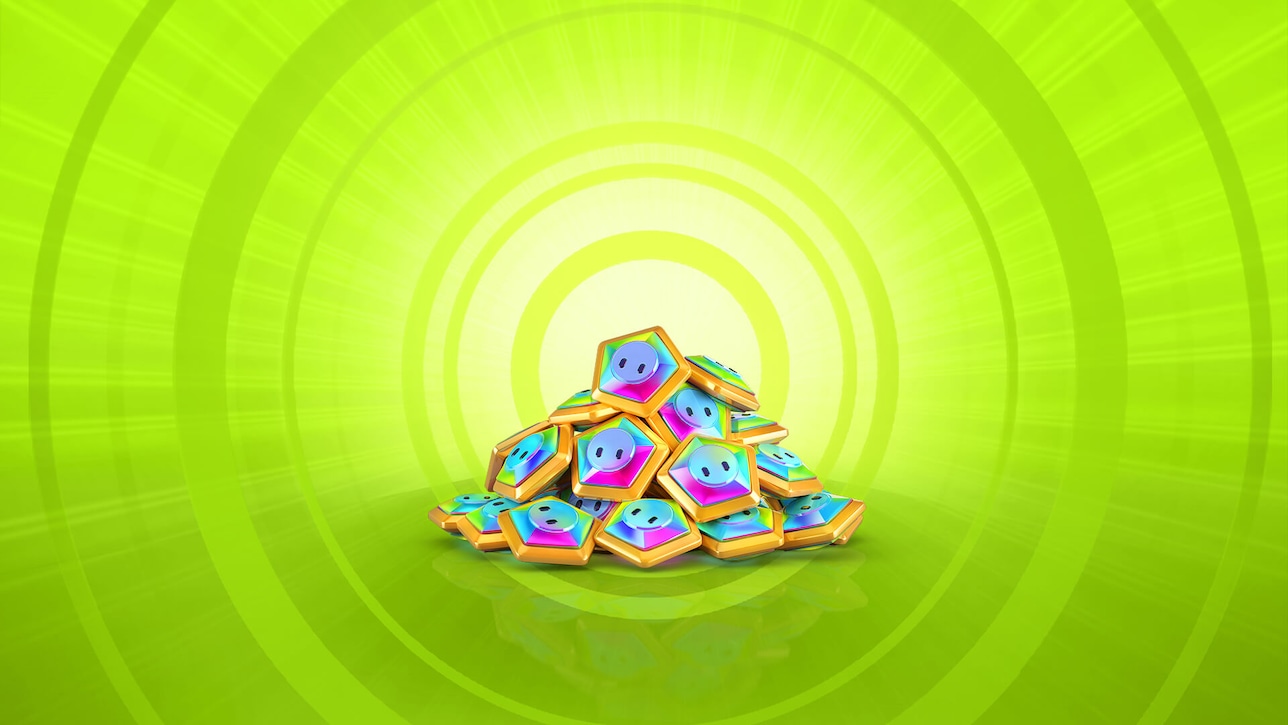 Fall Guys is going free on June 21st. Check out the upcoming changes regarding currency in Fall Guys, as provided by the ”Blunderdome Construction Crew”:

A brand-new currency is coming to the game called Show-Bucks. These can be used to purchase the Season Pass, and can be spent in the Fall Guys Store on items such as costumes, emotes, and more! Most items that can be purchased with Show-Bucks are of Uncommon rarity or higher.

Show-Bucks are available for purchase within the Fall Guys store. You can also unlock 300 Show-Bucks in our free progression path and 1200 in the Season Pass!

Kudos, our beloved. With the introduction of Show-Bucks, the items that you can spend Kudos on will change —as have the ways that you can earn them.

With the Free for All launch, you will no longer be rewarded Kudos at the end of your matches, however you can still earn them during events, through challenges, and unlock them via the Season Pass.

Once we go Free for All, Kudos can be used to purchase Single Costume Pieces of Common rarity, Common colours, all Nicknames and Nameplates, as well as Common Faceplates and Patterns. You’ll find Kudos items available to purchase in the Weekly Kudos section of your store, as well as occasionally in the Daily section – which will only show you unowned items!

Crowns will retain their status as S-tier bragging rights, but will no longer be a spendable currency. They will earn you Crown Ranks (just as they did previously), and as you progress, new costumes. We have EXPANDED the Crown Ranks with new costumes to make it all the more enticing to ascend! You can still earn Crown Shards via Challenges and certain Limited Time Modes to accumulate more Crowns.

Because you can no longer spend Crowns, but you can spend Kudos, we will convert any leftover Crowns in your account into Kudos when we launch on June 21. You will receive 2000 Kudos for every Crown.

One of our main focuses for our new launch has been to implement greater consistency in Fall Guys. Adjustments have been made to item rarities in order to make them even clearer. If you’ve been a long-time player of Fall Guys, you’ll notice that come June 21, many of your cosmetics may bump up or down in rarity to reflect this!

For launch, we’ve overhauled our entire Store system and there will now be multiple sections with frequent refreshes. Costumes with matching Uppers and Lowers will always be shown in your Item Shop at the same time.

DLC packs will also be removed from purchase on Steam and PlayStation, and instead, costumes from the DLC will appear in the store in various ways at a later time.

The sections of the store are also changing, and will be split as follows:

Season: This section is for purchasing the full Season Pass and some of our awesome bundles. These bundles contain some Show-Bucks as well as our coolest costumes and currencies in a neat package! New items are added to it occasionally throughout the duration of the season.

Featured:  New and returning favourites from seasons old and new will appear in this section, which will refresh fully every Tuesday, Thursday and Saturday.

Items: The Kudos Store will sit here, with new items added weekly. Classic items will also appear here and those will be updated daily.

​​​​​​​Show-Bucks: For purchasing Show-Bucks in differing amounts to use on the Premium Pass, Season, and Featured Store Sections.​​​​​​​

We’ve also overhauled our Challenge system as part of our move into launch! Instead of only Daily Challenges, you will now have Weekly and Marathon Challenges available to complete!

In Daily Challenges, you can earn Kudos to spend as well as Fame to level up your Season Pass. Weekly Challenges award Fame but no Kudos, and Marathon challenges will earn you Crown Shards to help you climb the Crown Rank ladder!

Phewee. That’s your lot for now. The next season of Fall Guys will be absolutely filled to the brim with new experiences, playlists, Rounds, costumes, collaborations, and most of all⁠—will be FREE for everyone to download on Xbox, PlayStation, Nintendo Switch and the Epic Games Store! We can’t wait to bring the game to everyone, and to see you all in the Blunderdome!

There you go! Stay tuned for more in Fall Guys: Free-for-All.