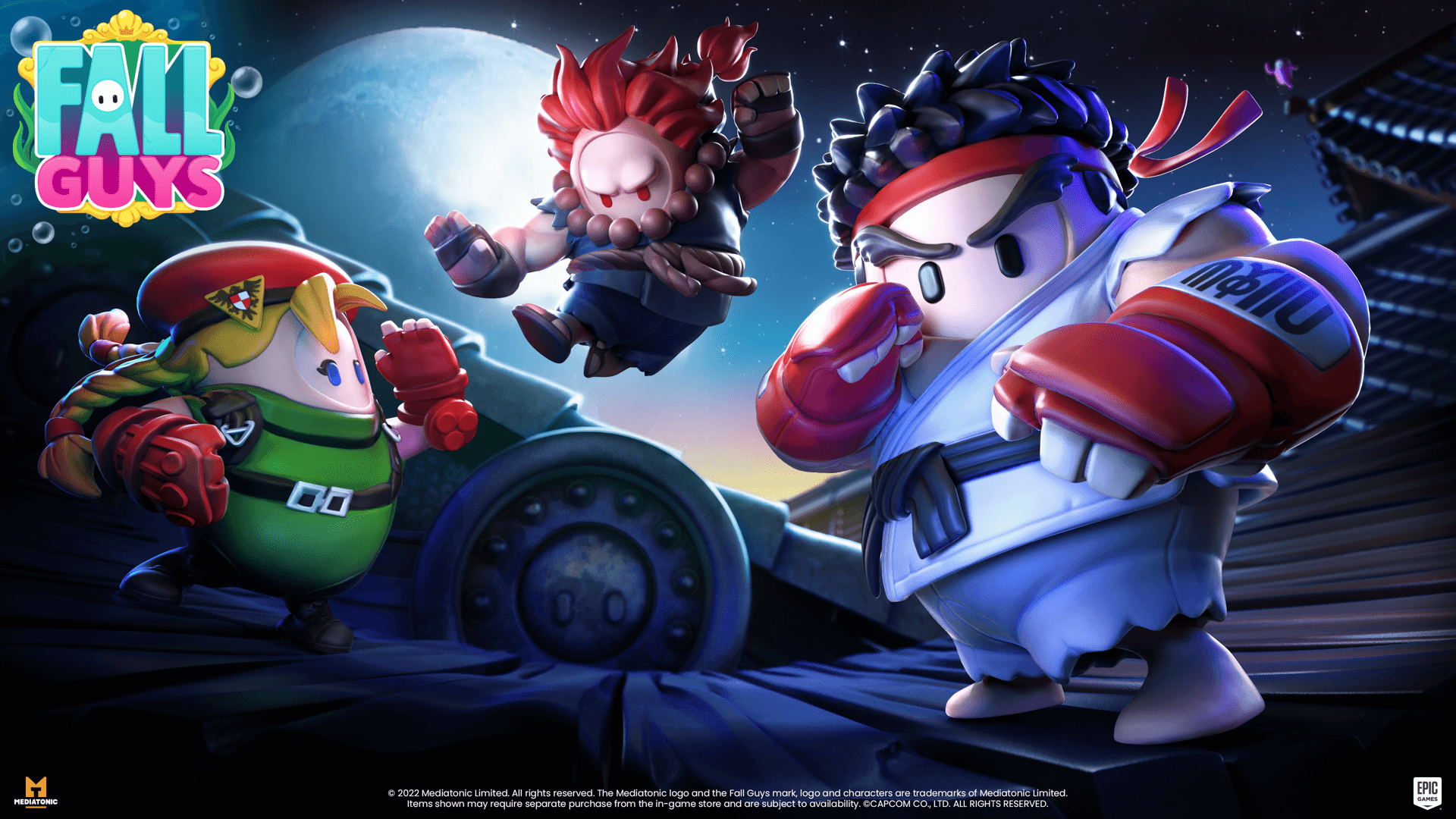 Face-off in the Blunderdome

Classic combos are coming to Fall Guys, and, no, we’re not talking about special moves. The stage is set for the perfect Cammy-o, as three Costumes and a number of other goodies from Capcom land in the Fall Guys Store.

Ryu, Cammy, and Akuma have starred in arcades, consoles, and on PC for over three decades, and their classic looks are heading to the Blunderdome. You can tote Ryu’s tattered gi and headband, or shine in Cammy’s leotard and beret. Akuma’s gritty purple outfit has a wild hair-do tamed with a top-knot, perfect for standing tallest on the winner’s plinth. Here’s what’s in store (literally).

There’s more. Pull off the fiery Hadouken pose with a new Emote, or show off with some striking Nicknames. Even the player select screen is famous, and the pixelated portraits that once adorned ancient arcade screens make perfect Nameplates for your beans.

As the announcer once… announced: “Destination confirmed!” Except this time, it’s the Blunderdome.