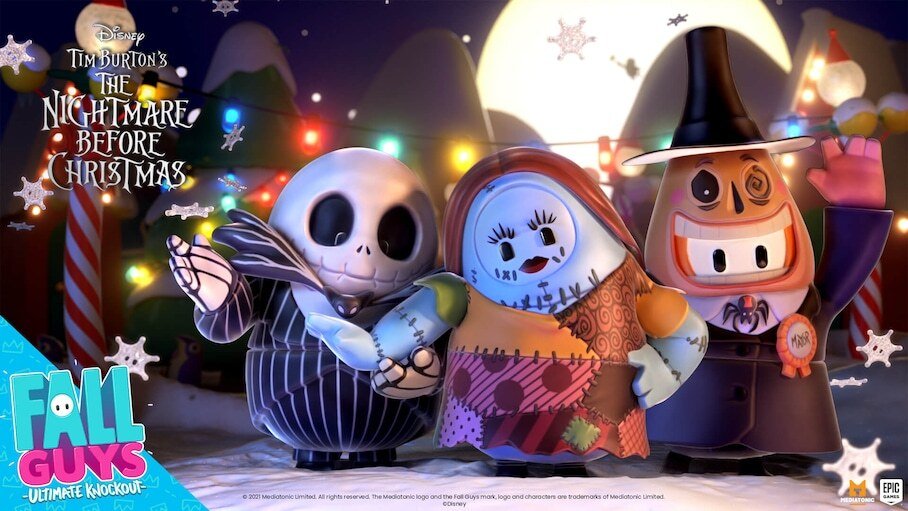 We’ve made a frightfully festive alliance with Disney Tim Burton’s The Nightmare Before Christmas to bring four beloved denizens of Halloween Town to the Blunderdome…in bean form!

Plus, the one and only Santa Jack is swooping in for a Limited Time Event, with a coffin stacked with mischievous challenges and exclusive themed rewards! Dare you tackle Santa Jack’s Challenge and the whims of his Naughty or Nice List..?

Stumble down to Halloween Town and grab a skeleton crew of character costumes from the store for Kudos!

Pssst…and you may want to keep a close eye on that Mayor…he’s got a variation that’ll make your head spin.

Santa Jack’s conjured up a sleigh load of special round variations to give all you beans a wintry challenge. Rack up those points during this Limited Time Event and unlock spooky yet seasonal rewards – including a Santa Jack costume! Grab it quick, before he turns into a pile of dust…

Going to complete them all? It’ll be a tough challenge for the skeleton crew!